Get away from it all with your ideal Mexico vacation. ‎Cancun, Mazatlan, ‎Puerto Vallarta, Riviera Maya and ‎Cozumel. Whether scuba diving, shopping, finding amazing attractions, or just relaxing,

The Mexican Caribbean is a lush destination, with several natural wonders that hold impressive biodiversity which is one of the main reasons this destination is so unique. Check out some of the care and preserve of Mexico’s natural treasures, the species that inhabit them; their historical sites, and Mayan culture, so that future generations can continue to enjoy our paradise 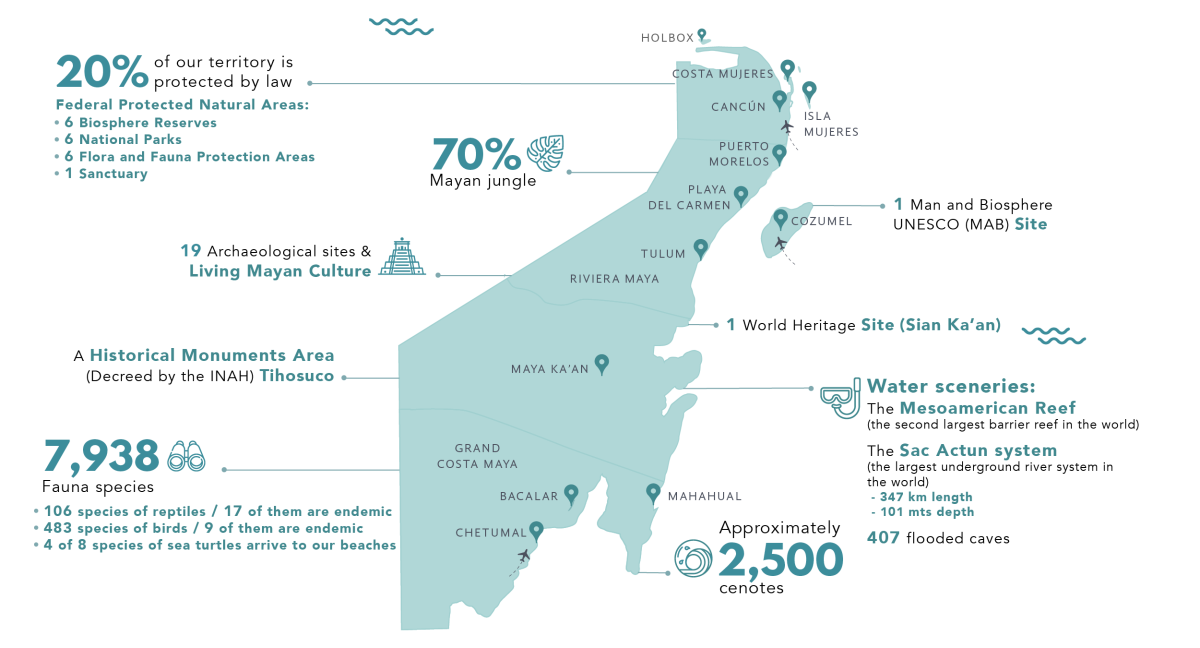 Cancun, Mexico, is wrapped in crystal clear water and brilliant sunshine, so it’s no wonder its shoreline gets top billing. Government developers, looking for a way to eradicate the poverty of the region, created this comfortable resort area on the Mexican Caribbean from the sand up to take advantage of the gorgeous aquamarine water and tropical temperate climate. Cancun is the top resort area in Mexico.

Those hankering for a no-hassle beach vacation can fly in and soak up the sun without speaking a word of Spanish (or exchanging U.S. dollars). And those interested in learning about the ancient Maya civilization can visit several exceptional archaeological sites on day trips.

Also within reach is the island of Cozumel, a haven for divers and snorkelers. And Playa del Carmen—once an oasis of rustic, laid-back charm—is one of the fastest-growing areas in the country, with a great variety of restaurants, bars, shops and entertainment. It is also the hub of a growing ecotourism movement. Isla Mujeres, the closest island to Cancun, is still famous for snorkeling and hasn’t lost its friendly fishing-village allure.

Cozumel, Mexico, should not be compared to Cancun, the splashy resort just 40 mi/65 km to the north and one of its nearest neighbors. In the past, Cozumel had a laid-back, sedate atmosphere, and its superior fishing, snorkeling and diving gave it a definite edge.

Today, Cozumel retains its unique vibe and remains a better choice for those who don’t like planned resorts, but the island is no longer an escapist’s paradise. The snorkeling, diving and fishing are still great, but no one would mistake present-day Cozumel for the sleepy backwater it once was.

Cozumel is the most popular cruise stop in Mexico and can host as many as four large cruise ships simultaneously. When more than one ship looms on the horizon, Cozumel’s restaurants, bars and shops fill with day-trippers. Everyone, from shopkeepers to bartenders, gets a bit stressed by the crowds.

Still, Cozumel can be fun, especially for travelers interested in exploring its coral reefs on scuba and snorkeling outings. The island’s only town, San Miguel, has retained much of its pleasant, small-town atmosphere. Those with enough time for a day trip will find the Mayan ruins of Tulum and Chichen Itza, on the Yucatan mainland, within striking distance.

Although historically not as fancy as Puerto Vallarta to the south or Los Cabos to the west, it’s getting there and is now one of Mexico’s fastest-growing Pacific coast resort areas.

A middle-sized city that used to depend on its shrimp fleet and a few other industries for its livelihood, Mazatlan has sprung to life with aspirations of becoming a major beach resort as renowned as Los Cabos or Cancun. Its long-stagnant marina development has received injections of new capital, and the state of Sinaloa has funded the construction of a sparkling malecon (seaside promenade) that stretches more than 13 mi/22 km from past the edge of Old Mazatlan at Olas Altas to the southern edge of the Zona Dorada (Golden Zone). There is also major construction ongoing between the marina and the continually expanding northern edge of the city.

Mazatlan accepts its visitors gracefully. Unlike some resort towns that become completely consumed (and jaded) by the travel trade, Mazatlan maintains its Mexican character and offers vacationers the things they go for—relaxation and entertainment in a pleasant seaside setting. In a single visit, travelers can experience comfortable resorts, as well as the sights and smells of a traditional Mexican city. It’s as simple as moving from one part of town (Zona Dorada—the tourist area) to another (Old Mazatlan). Because Mazatlan is as popular with Mexicans as with foreigners, prices are more reasonable there than in the purpose-built tourist zones such as Los Cabos and Cancun.

Puerto Vallarta, Mexico, masterfully plays the part of a remote tropical getaway, even as it grows into a larger city that’s connected to the outside world by multinational chain stores and a steady stream of jets and cruise ships.

Puerto Vallarta’s success has a lot to do with looks. However, in recent years, unchecked development along every inch of its beach has gradually turned the once-quaint fishing village into a mass-market destination for the hoi polloi as well as the moneyed few. Still, there remains much beauty in Vallarta (as it is known to the locals and habitues).

Whitewashed walls and terra-cotta-tiled roofs are nestled along Banderas Bay, with the ornate crown of the Church of Our Lady of Guadalupe serving as a focal point. The lush, green foothills of the Sierra Madre Mountains make for a beautiful and dramatic backdrop.

Puerto Vallarta’s style is another key. Even as more and more travelers have arrived, and more and more hotels have been built, it has somehow managed to retain—or at least appears to retain—a cultured grace that’s rare in heavily touristed areas.

Artists, architects, writers and chefs flourish in this rarified climate of tropical creativity. The restaurants, galleries and shops there are some of the finest in the country, drawing talent from Mexico City, Guadalajara, Italy, Switzerland, the U.S. and elsewhere.

Stretching from Punta Tanchacte, 17 mi/28 km south of Cancun, to the Sian Ka’an Biosphere Reserve, almost 85 mi/140 km to the south, the Riviera Maya is one of the most beautiful stretches of coastline in the western Caribbean. It’s famous for white-sand beaches and crystal clear water. However, the area also offers ancient Mayan ruins and pristine ecological wonders to explore, as well as nature parks and resorts with all the amenities.

Playa del Carmen is the main town and soul of the Riviera Maya. It used to be where drop-outs from society would go to live the life of happy beach bums. There are still a few around, but the population explosion has brought in paved roads and many small inns, large-scale all-inclusive resorts and dozens of restaurants while retaining touches of the charming ambience that made it popular in the first place—including a pedestrian-only main thoroughfare.

You can swim and snorkel during the day or just hang out at an outdoor cafe and people-watch. When the sun goes down, there’s lively nightlife at funky venues, many run by expatriate Europeans and Americans, plus an increasing number of glitzy nightspots that used to only be found up the coast in Cancun. It’s also where you catch the ferry to Cozumel.

At Puerto Aventuras, you’ll find beautiful beaches and an excellent marina, with berths for up to 250 boats and facilities for sportfishing and watersports. It’s also home to the Riviera Maya’s only maritime museum, which exhibits wreckage and artifacts collected from famous shipwrecks along the Mexican Caribbean coast dating back to the 16th century.

The Tulum area is the center of ancient Mayan culture and a good place to explore cenotes—underground sinkholes that are filled with crystal clear water. To explore the ruins in the jungle or to snorkel or scuba dive (with the proper certification) in the cenotes, rent a Jeep or take a guided tour. The ruins of Tulum, however, are overcrowded with cruise-ship passengers unless you arrive when the area opens in early morning. This way, you’ll also avoid the hottest part of the day. Tulum’s beach is, by most accounts, the best on the whole coast, with limited development helping it fare better during a series of hurricanes over the past decade.

Nearby are the little-visited Mayan ruins at Muyil. A stop at Muyil (about 16 mi/25 km south of Tulum on Highway 307) is a refreshing break from the main tourist route. Muyil’s structures—some of the oldest on the Yucatan Peninsula—are mostly unrestored and surrounded by towering trees, giving it the feel of a lost city.

Felipe Carrillo Puerto offers historic value and insight into contemporary Mayan culture, but there’s not much in the way of tourist attractions or related infrastructure.

Sian Ka’an is a UNESCO-designated World Biosphere Reserve that protects the myriad species of plant, bird (more than 350 species), fish and other animal life that have made up the rain forests of the Yucatan for millennia. The reserve supports research on preserving these species and stabilizing the ecology of the region, which has been threatened by development and destructive farming practices. Much of the reserve is open to the public, but it is best explored through a reputable ecotourism company, as the area is rather desolate and terrain is quite rugged.

Ecoparks such as Xcaret, Xel-ha, Tres Rios and Croco Cun offer a variety of watersports activities and more opportunities to explore the flora and fauna of the coast. The Riviera Maya’s offshore reefs, crystal clear waters and freshwater cenotes make it a paradise for divers and snorkelers. There are numerous reputable dive shops in Puerto Morelos, Playa del Carmen and Akumal that organize tours.

Those looking to immerse themselves in Mexican culture and history may be disappointed in the Riviera Maya. The region was never a major population center, and mass tourism has stripped much of the Mexican flavor that it may have once had. But, despite its increasing commercialism, the area has a vitality and multicultural ambiance that many find irresistible. 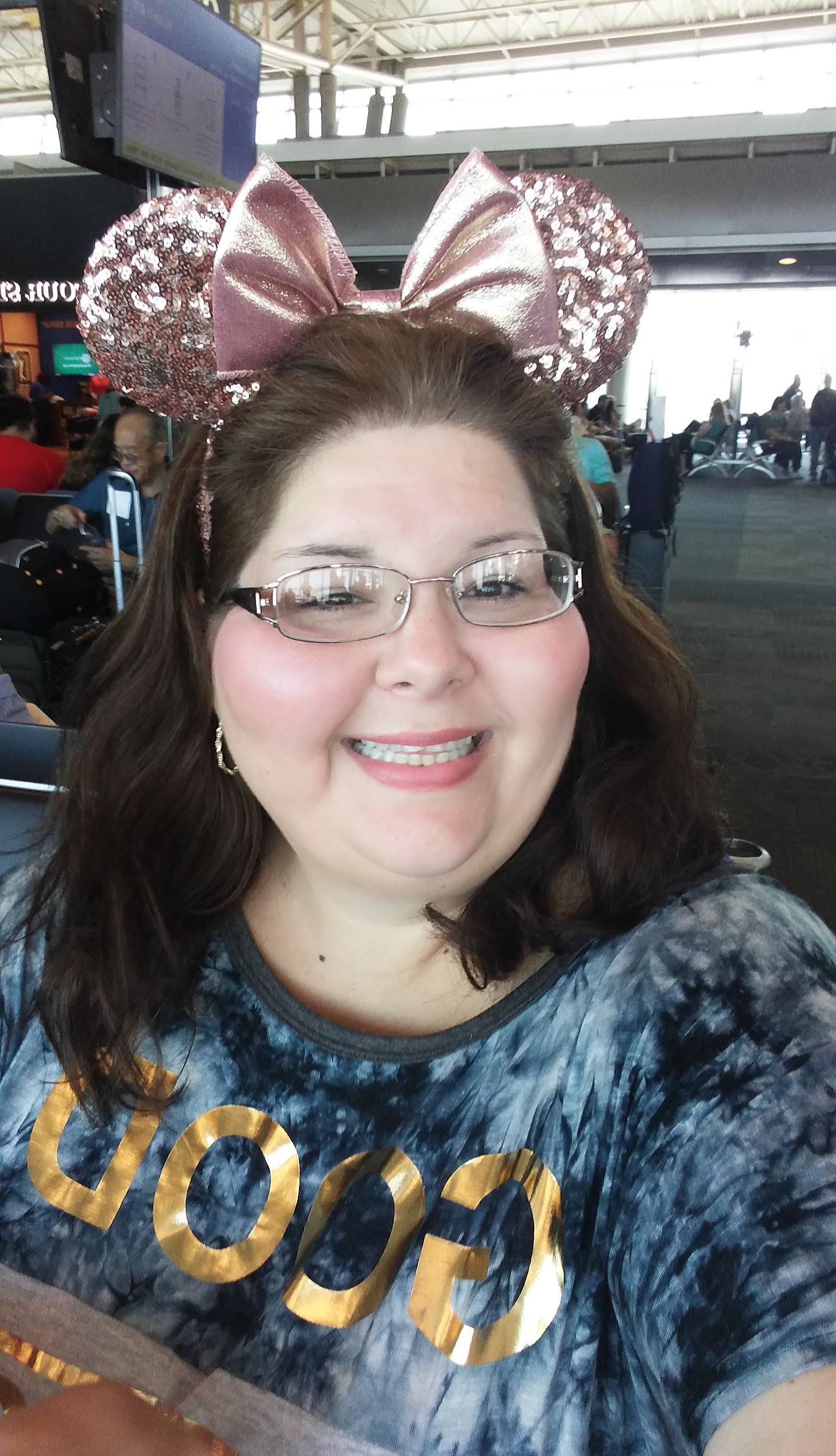